How to play chess for beginners: setup, moves and basic rules explained

Learn how to play chess using our beginner’s guide, from basic moves to en passant and castling.

Chess is a popular two-player board game originating from northern India sometime in the 6th century AD. In late 15th century Europe the game evolved in its pieces and rules to form the basis of the modern international chess game we know today. 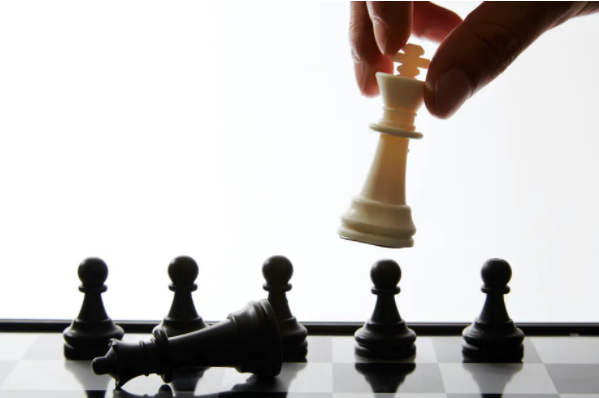 The board is arranged into eight rows of squares and eight columns, with the lower left corner on both sides a black square.

Knowing how the pieces move is essential to playing the game. When your piece lands on the other player’s occupied square, their piece will be removed and considered captured. The movement path must be clear for a piece to move with exception of the Knight which can move over other pieces.

The king is the most important piece in the game and also the weakest. The king can move in any direction but only one space at a time. The game is lost if it is captured.

Queens are the most powerful pieces and can move in any direction any number of squares.

Rooks can move horizontally or vertically any number of squares.

Bishops can move diagonally any number of squares. 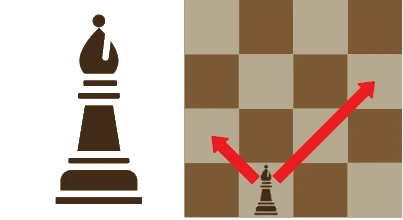 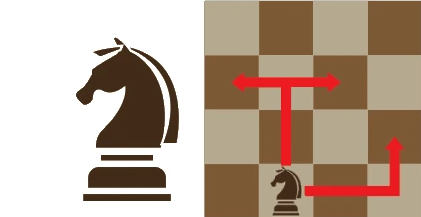 Pawns can only move forward, unlike other pieces. Normally it moves only one square at a time except on its first move where it has the option to move up to two squares. Pawns cannot capture other pieces in front of them. However, if there is a piece one square diagonally forward of them, it can move in that direction to capture it. If a pawn manages to reach the other end of the board, it is promoted to a queen. 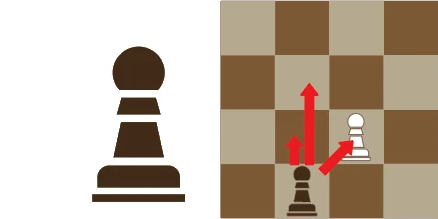 This is a special move in chess that involves both a rook and the king. In this move, the king is moved two squares towards the rook, and the rook moves to the square through which the king passed. This occurs all within one turn.

Check is a term in chess when a player's king is attacked and put in the position of being captured within one more move. A check cannot be ignored, and a player must stop the threat by doing one of the following:

- Blocking the checking piece to protect the king.

- Move the king to a square which is not under threat. 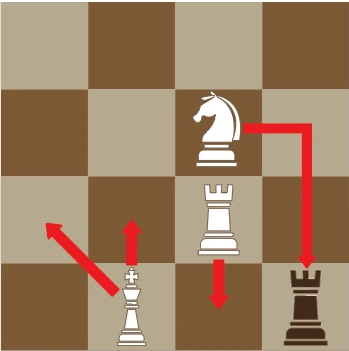 Also known as ‘Mate’ is when a player's king is checked and cannot get out of being captured. Giving a checkmate to your opponent is the primary goal in chess: a player who receives the checkmate loses the game. 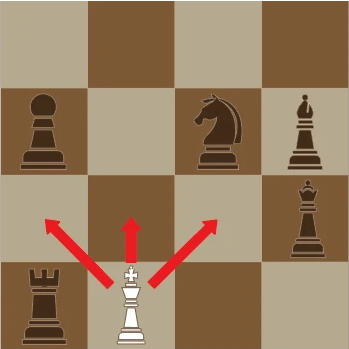 - Gain control of the center of the board, as this will allow your pieces to move more freely and deny the other player as much room to move.

- Create threats with your moves. If you are on offense, they need to think defense.

- Try not to move the same piece twice in a row. This slows down your tempo and allows your opponent an opportunity to outpace you.

- Keep your king safe and unexposed to danger.